The second reboot of the Spider-Man film franchise has it's new lead: Tom Holland. 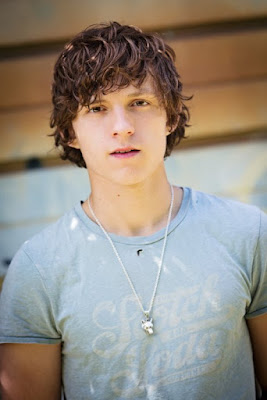 Tom is a nineteen-year-old British actor, known mainly for his role in The Impossible. Before getting into movies though, he played Billy Elliot on stage, and being trained in dancing as you would have to be to play Billy will certainly also be very helpful for swinging from buildings with the classic Spidey grace.

A couple years ago for April Fools I fake cast him as one of three potential Eustaces for the fake adaptation of The Silver Chair. I'm excited now to see for real what he can do, and if his franchise will be able to outlast the last two.

What do you think of the new Peter Parker and friendly neighborhood Spider-Man?
Posted by Sarah at 4:00 PM