In this 2015 science fiction indie, a waitress (Danielle Panabaker) her starving artist boyfriend (Matt O'Leary) and their shady roommate/friend (George Finn) band together to improve their collectively unfulfilled lives when they discover that their missing neighbor across the way has a camera that takes pictures of them through their window -- pictures of them 24 hours in the future. 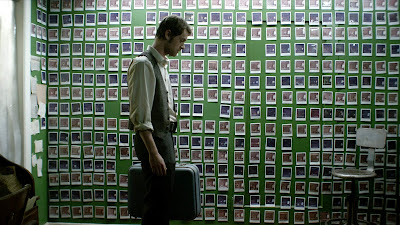 It's a simple scifi premise. Prefect for the low-budget, low-fi indie endeavor that this movie is. It doesn't attempt anything beyond its ability, and doesn't need to because of how small, contained, and practically doable the story is on a penny. It's a premise ripe for character dramas and dilemmas, and for pondering on causality, and the effects of something even so small as 24-hour future-prediction has on a person; how far they will go to use it to their advantage, how dangerous it could be, and the natural degradation of humanity it would easily bring.

And that's where the movie delivers most and finds its worth. It may look at first glance like an everyday scifi indie that's decent but ultimately forgettable, but with a sturdy script that focuses on one great idea, it separates itself in the end and sticks in your memory. I've seen it perhaps four times now, and I still lie awake in bed at night from time to time, pondering on it. It's the conclusion that brings everything together in a superior way. Your mileage getting to that great end may vary however, as the middle section is the most obvious direction-wise and the quickest to dull. 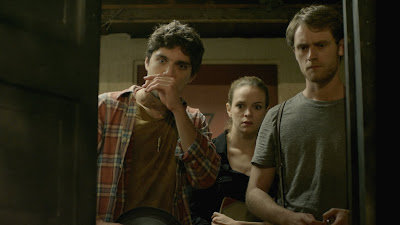 And while we're on questionable content quality, you may expect, and be correct about it -- that the acting isn't the greatest, nor the visuals anything to write home about. They get the job done, and that's all. They don't cut any corners, and the main pair of Panabaker and O'Leary (two fairly recognizable faces especially for anyone who watches The Flash and Agents of SHIELD) they are capable and clearly give it a good effort. It's just not exceptional. And I say that to point out that it doesn't matter; the exceptionalism comes from one specific place, and elevates the rest from fine to great.

I watch smaller flicks that don't provide anything more than mediocrity all the time, especially in the scifi genre because I can't get enough of scifi of any sort. So I don't mind the bits of lower quality this film brings. I wanted to mention it anyway in order to encourage you to give it a change even if you usually wouldn't. Some may predict mediocrity as first glance; they would do the movie a disservice. I can't tell about the impact it has, or specifically about the brilliance it brings because I don't want to spoil anything. But it's there; hidden and waiting to be discovered. 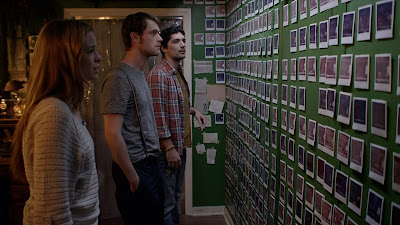 So what if this movie only had budget for two decent actors and a photo of John Rhys-Davies? Good stories are more than the tools used to tell them, and this movie makes the tools work for it; making an admirable and dedicated effort, focusing down on the core elements to make the story impactful, and pulling it off magnificently. A small budget must-see for fans of scifi and time-travel!

(Currently streaming on Amazon Prime.)
Posted by Sarah at 4:38 PM