Spoilers are labeled, and confined to the end of the post.

Mr. Peabody and Sherman. They were a semi-classic duo who had a spot on the Rocky and Bulwinkle Show. A dog and his adopted son who go time-traveling to the past where they learn about history, usually get involved in it somehow, come back home, and wrap everything up with a nice pun.


Now, the basics are the same, but they've been modernized and updated to be relevant in today's times. But no matter how hard you try, there's no way to squeeze depth out of a premise so one-dimensional. Maybe if they had just concentrated on fun, history and punning, it wouldn't have fallen so flat, and maybe if they'd winked back to the good ol' days, it wouldn't have felt so terribly, modernly empty. Or, maybe, bringing back this odd duo was just a bad idea, and they did the best they could with them.

So my opinion is that this little animation's existence is pretty much unnecessary, but I also probably made it sound worse than it really was in the preceding paragraph. When the plot was concentrating on what it should have been (you know, time-traveling, general adventuring, etc.) it was amusing and on the border of smart.


The cast of voices was flawless without being at all outstanding either. Still, with an eleven-year-old kid (Max Charles, aka little Peter Parker) playing Sherman that's not bad. Ty Burrell as Peabody sounds very like the original too. And then there's cameo performances, including Allison Janney, Stanley Tucci, Stephen Colbert, and, Patrick Warburton, whose name you may not recognize, but whose voice you almost certainly would -- Kronk! Puddy! Hymie! The Tick! Buzz Lightyear of Star Command! You know -- the guy who can make anything sound funny.

Okay, let's see, what else... oh, the animation. The animation was... mediocre -- nothing special, nothing terrible. Really, the only outstanding thing about this movie was the jokes. That is, of course, after you filter out the potty humor. And then half of the remaining were used in the trailer, but you know what? When they hit the mark, they REALLY hit the mark -- therefore, the rest of this post will be dedicated to my favorite punchlines and puns; The Best Jokes of Mr. Peabody and Sherman! 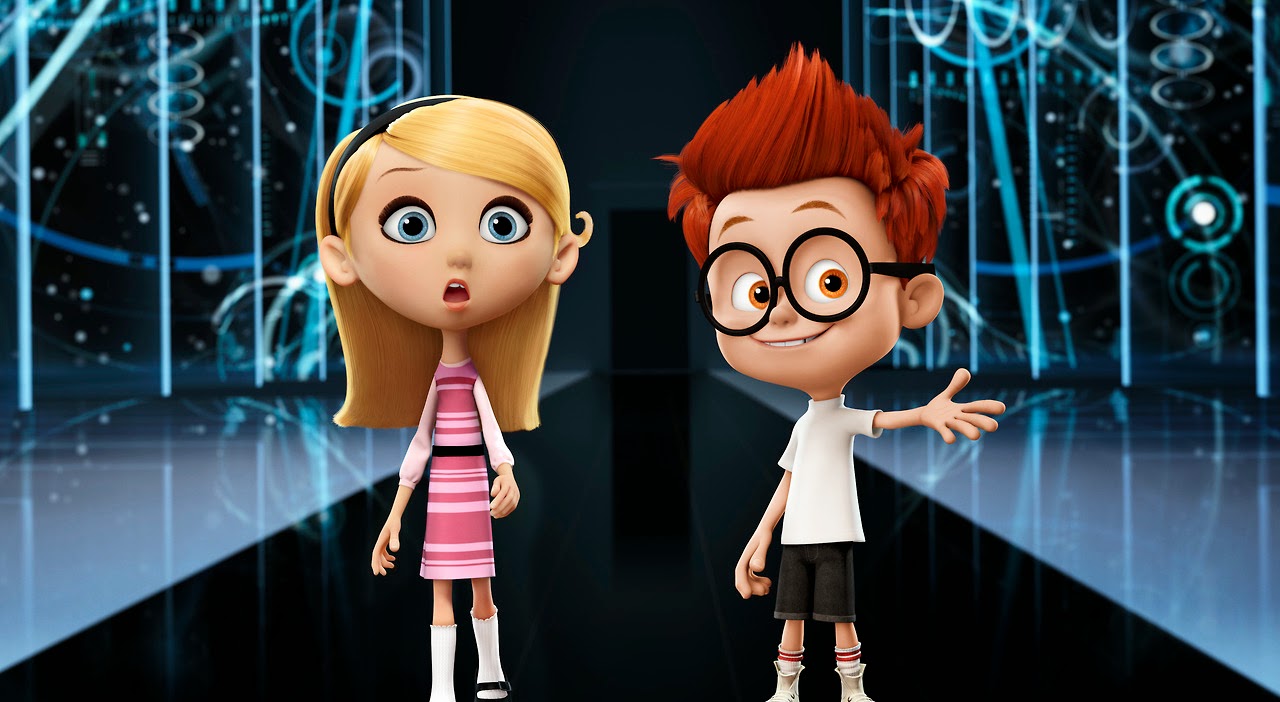 Warning: Spoiled jokes from here on out! 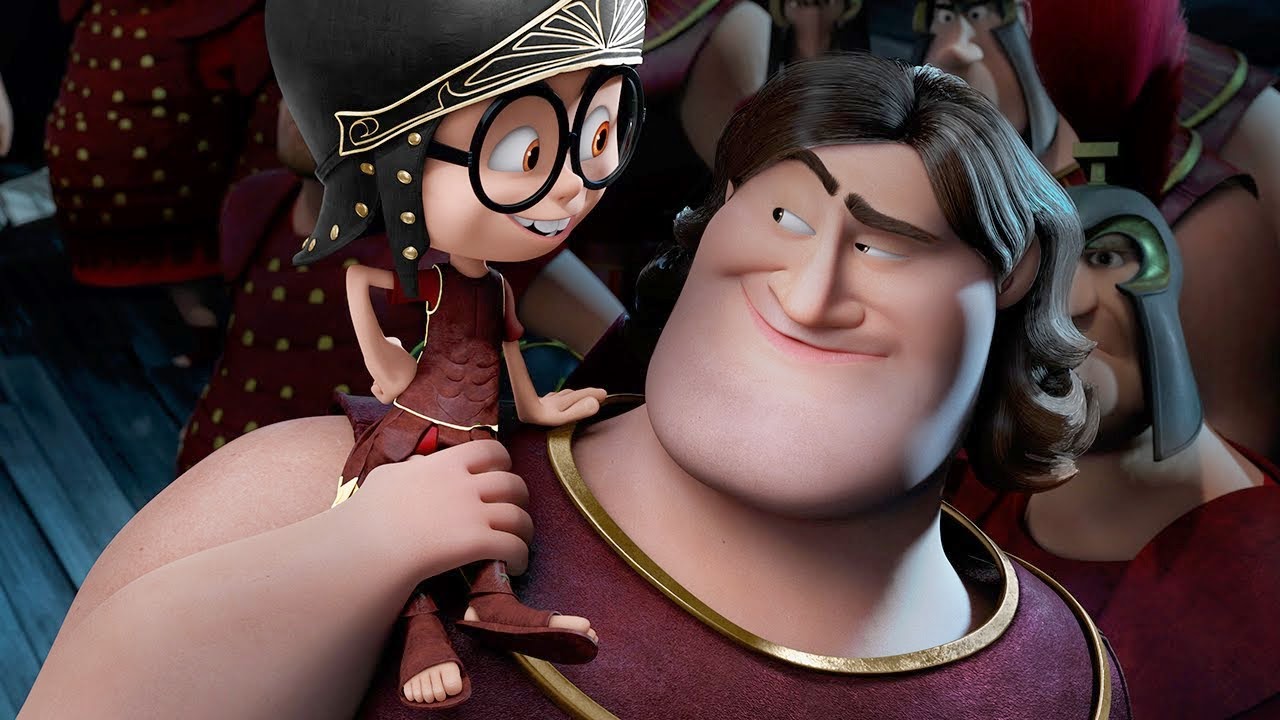 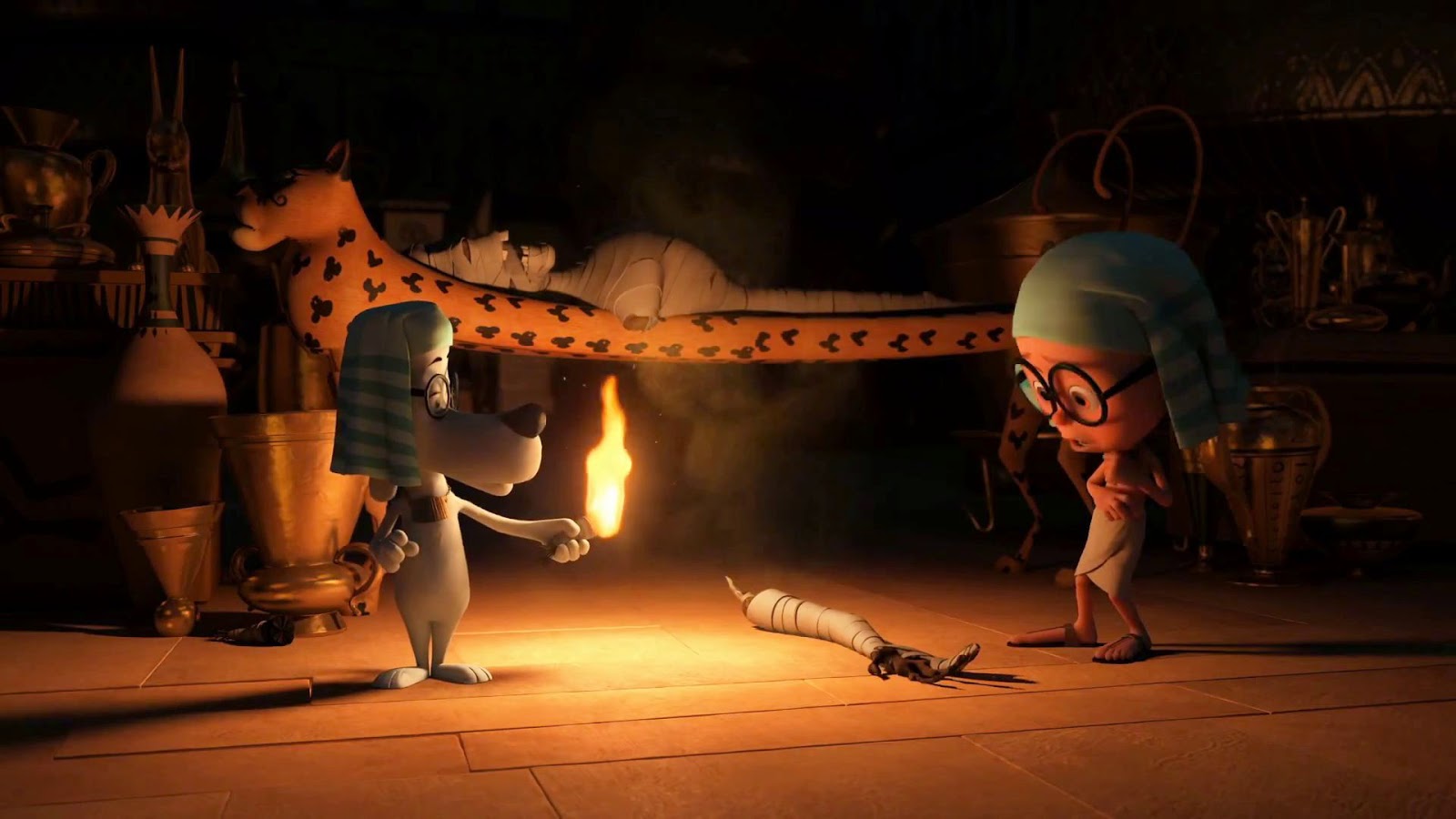