Are you watching closely?

"Every great magic trick consists of three parts or acts. The first part is called 'The Pledge'. The magician shows you something ordinary: a deck of cards, a bird, or a man." 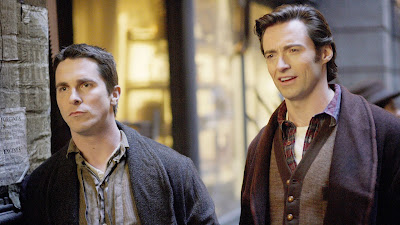 "He shows you this object. Perhaps he asks you to inspect it to see if it is indeed real, unaltered, normal. But of course... it probably isn't."

The magician is Christopher Nolan, visionary director of many mind-bending movies and everyone’s favorite superhero. The stage is 1890’s London; dark, smoky and bustling. Stage performances is the way to be entertained, and magicians and illusionists scramble along with the other performers trying to discover a trick no one’s ever seen before, and place themselves above the competition. But the business is a fickle one, and a dangerous one. The ordinary object is two men -- two magicians -- Alfred Borden (Christian Bale) and Robert Angier (Hugh Jackman). And of course they are anything but ordinary. Borden is a talented magician; his tricks are unique and hard to spot, but he doesn’t know presentation like Angier; he can present the simplest trick with a dramatic flair that makes it seem amazing.

Filling in the background for support are many more talented actors including, Michael Caine, Scarlett Johansson, Rebecca Hall, Andy Serkis and David Bowie.

"The second act is called ‘The Turn.’ The magician takes the ordinary something, and makes it do something extraordinary." 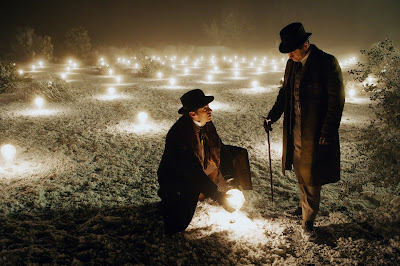 This may be a very short review. As interesting and complex as this movie is, almost everything want to say about it could be a spoiler. An incident causes these two magicians to wage war on each other throughout the film, and their rivalry is blown into enormous proportions.

The performance is immaculate. Filming sets the dark, suspenseful tone with a deep, rich, 1800’s beauty. The script is polished, and filled with mystery; every word conceals important clues. Nolan, as usual gets everything he needs out of his actors. Bale and Jackman stand out as exceptional of course, -- and I especially enjoy Jackman -- but no one stands out as giving any less than they should.

Every element of skillful movie-making falls into place with ease, and the result is a gritty, thoughtful, complex tale of magical revenge... and a little mind-blowing.

“Now you’re looking for the secret, but you won’t find it because of course you’re not really looking. You don’t really want to know. You want to be… fooled.” 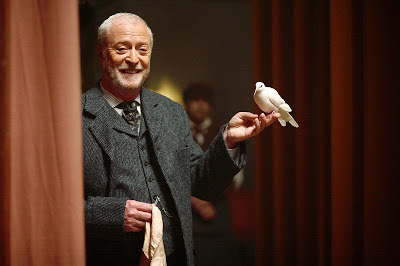 I could nit-pick a few things that don't quite make sense if you really think about it, and the movie is very dark and sad; if you're all about sweet happy movies where you never have to worry if the ending is going to be a "good" one, this might not be the best movie for you... but still I would encourage you to give it a try.

This movie goes deep and dark, presenting its twists and turns masterfully, in a way that explains everything, yet lets you think you figured it all out yourself. It appears to be extremely complicated, but you always understand exactly as much as you should in the moment. Its thoughtful sobriety is the kind that usually makes a film a one-time deal -- except if you like downer movies as long as they're good -- but unless you absolutely loathed your first viewing, a second is all but required. The first time you understand it; the second time you get it.

Now I don't mean to say in any way that this is not an enjoyable film. It is dark yes, and sometimes melancholy, but it is also energetic, engrossing and sometimes astonishingly magnificent. The messages may not be the most uplifting, and they certainly don't teach through example, but they are honest and true. And there is plenty of excitement to be had -- if there's one thing Christopher Nolan is good at, it's making serious, seriously thrilling movies. 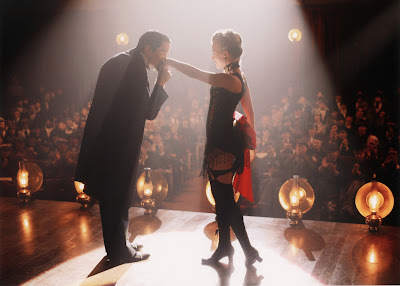 "But you wouldn't clap yet. Because making something disappear isn't enough; you have to bring it back. That's why every magic trick has a third act, the hardest part, the part we call 'The Prestige.'"