In this indie drama, there's a global pandemic (I know, I know, but bear with me) in which people lose their memories for no discernable reason. Pilots forget how to fly. Musicians forget how to play. And loved ones forget the people they love. Jude and Emma (Jack O'Connell and Olivia Cooke) are a married couple. And when Jude gets the disease and his memories begin to fade, they fight to figure out how to save their relationship. 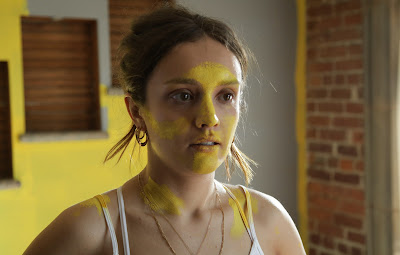 I could tell how it would end from the beginning. And I wouldn't call that a flaw, but it did lead me to pay careful attention to the movie overall, and that led to noticing a few things that felt wrong or uncharacteristic. Firstly, there were some covid similarities that were so unnecessary I wonder if they were intentional. The disease isn't contagious from person to person, yet one scene inexplicably has characters wearing medical masks. Why? For that dramatic moment where he rips it off? Or just to annoy me?

But that's superficial. More seriously, there were characterization flaws that did more than irk me. One undermined the movie's thematic argument, it made so little sense. It was a good plot point to give Jude the opportunity to participate in a clinical trial, but not let him go through with it. When he decides not to on his own reasoning, it makes sense. When the trials are successful and he regrets it, it makes sense. It even makes sense to try it illegally later when he's getting desperate (though in real life I'd expect a lot of doctors would do it on the down-low and he wouldn't have had to ask Emma.) But it doesn't make sense at all when they reject him after he changes his mind because there are drugs in his system. 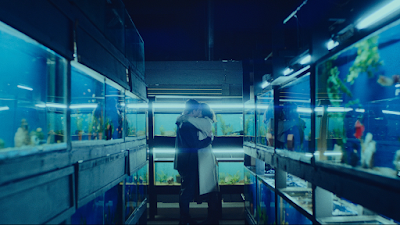 Because the movie's thematic argument is that people aren't defined by what they can remember about themselves. Emma's worry is that their relationship is based on shared memories, but the movie definitively declares that that's not true by the end. Yet it asks us to believe that Jude would relapse after five years of sobriety just because he bumped into an old friend one time? The movie wants us buy that he did this unimaginably out-of-character thing, and declares it reasonable because he can't remember doing it. But no—whether he remembers it later or not, he was always the same person, who had stopped using for good. I feel like I'm missing something here too, because we're never told why he decided to quit, though Emma asks him. We're never told what might tempt him back. We're told he would never, ever, ever, and then we're told that he did. And it all could have been avoided by having the clinic fill his spot before he changes his mind.

Inconsistencies like that bother me even more in films like this, because for me, the appeal of films like this is to put realistic characters in a strange, heightened situation and watch how they react. The point is to push them to do things you might not expect them capable of, but the study is ruined if they act out of their established character for no reason. 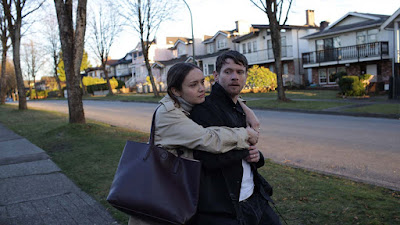 On to the good things. I love Olivia Cooke. She's a fantastic actor. She fits the movie perfectly. And Jack O'Connell matches her. They're a great centerpiece for the film, running through tons of emotional variety and generally being engaging and believable characters who I enjoyed following through their story. The cinematography was lovely. I loved the way scenes would alter as they remembered different or wrong things about the past. And it kept me on my toes to have the timeline not totally linear. It's tonally depressed, but not in a dark or bleak way. It's sweetly sad and relaxing, and ultimately positive and hopeful. And I love the message it brings, even if it doesn't stay on point and accidentally undermines itself in the middle. It wraps up nice and neat, and fortunately for it, if the beginning and end of a movie tie so closely together, that's what I'll remember best.

Not a perfect film, but a fascinating, thoughtful, and appealingly artistic one, great for people who are fans of using high-concept premises to tell introspective character stories.