This is a spoiler-free review.

Based on the thought-provoking kids' 1985 sci-fi novel by Orson Scott Card, Ender's Game falls into one of the most common category of flaws for book to movie adaptations; length. Two hours is not enough time to flawlessly translate the entire story, but with all the time in the world, it may still have fallen short of being as compelling as the book itself. While attempting an exact copy of the book, director Gavin Hood never risks adding the unique personality the film deserves. 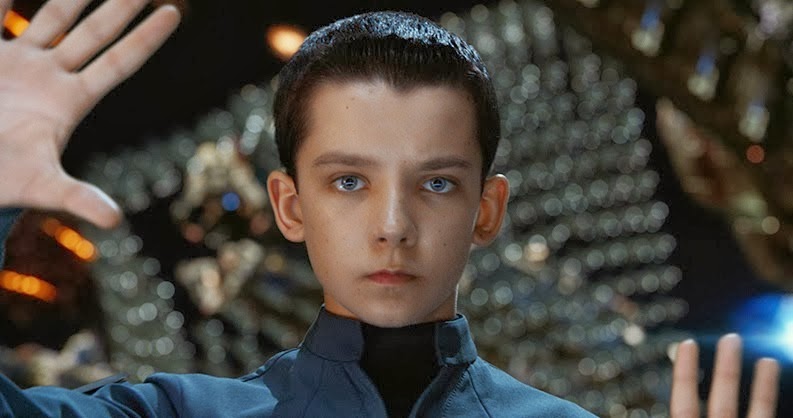 Asa Butterfield is the young protagonist, Ender Wiggin, brilliant, calculating, loner, literally bred to be the means of saving the Earth from impending alien invasion. The one thing I was confident about this movie was that Butterfield was the perfect choice for the inverted character, and I was not a bit wrong. His portrayal is a near exact match to the book's, and he is (not surprisingly) the most developed and memorable character -- a solid lead, and a good reason to watch this story as well as read.

The rest of the characters make less of an impression. The acting level as a whole is nowhere close to bad, but there was no engaging spark. I hardly even noticed that Harrison Ford was even there his character was so generic. Ben Kingsly was better, but had less screen-time to help out. Typically great actresses Hailee Steinfeld and Abigail Breslin also don't use their usual special brand of charm, and aren't any more memorable than the unknown young actors with equally-sized roles. 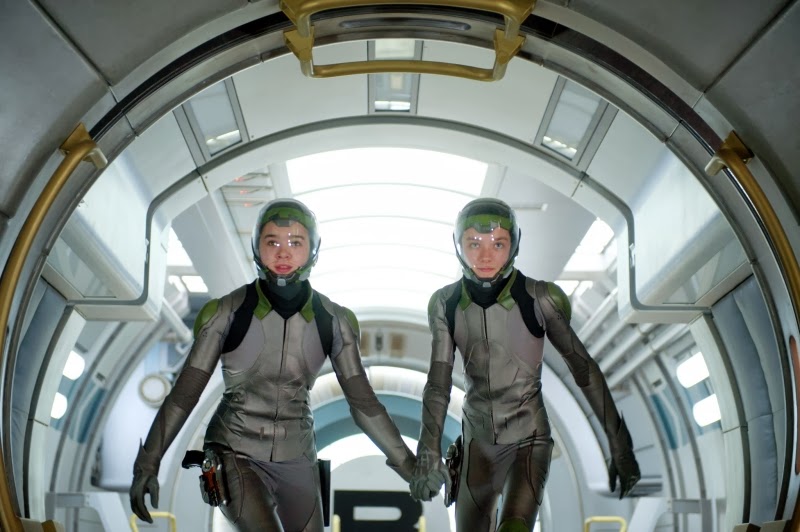 Next to nothing was changed from the book, only excluded, so as the plot whizzed by in a paint-by-numbers fashion, many intricacies of the book were glossed over. I was frequently bombarded with the urge to pause the film and explain to my family the details of why something happened, or the thought process behind a decision, or why a particular moment is important. I really missed the sense of time progression, how Ender gradually hones his skills, works hard to get to the top, and redefines the way the games are played. They're only details, but the dimension is lacking without them.

Maybe if they deviated from the original more -- I know, that's a phrase that should never be uttered -- but maybe then they'd have found the freedom to take some creative risks, and not ended up with just a perfect shadow of the edgy, unique tale they were attempting to replicate. 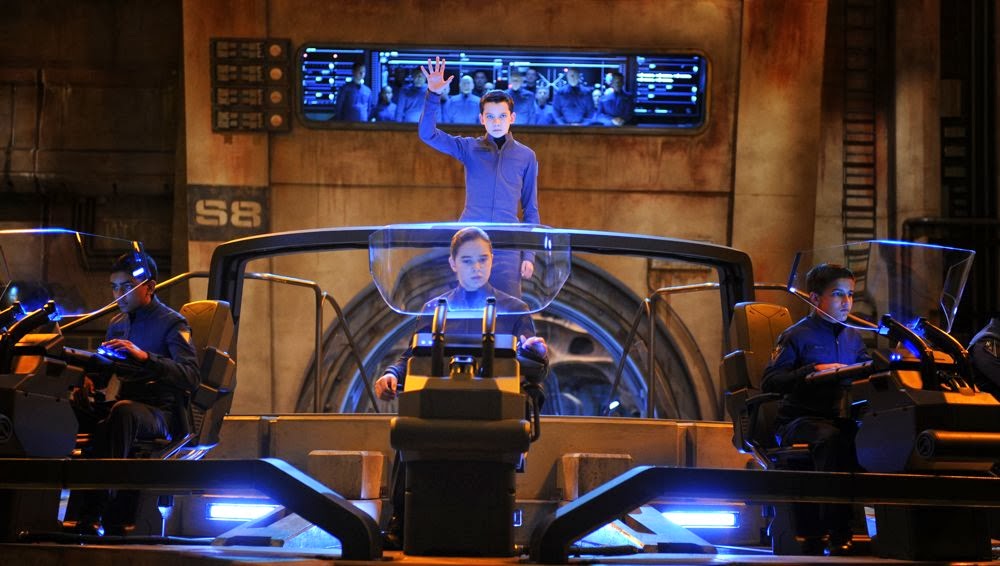 I realize this is less of a movie review and more of a book to movie comparison, but it's hard to separate the two. The best I can say for the film alone is that it was well-cast, with good visuals and sense of intensity and drama, and it conveyed its ideas. As a book adaptation, it's technically flawless besides the time problem, and even somewhat managed to capture the excitement, a bit of the heart, thoughtfulness and the grand and grim cheesiness of the novel. But in the end I was left feeling not wowed, as I was after the book, but mostly just... indifferent.

Ender redefines fight training with the idea that there is no up or down in zero gravity. Ender's Game is a zero gravity story, but this telling, while making a good effort, stubbornly endeavors to only face "up."
Posted by Sarah at 2:10 PM